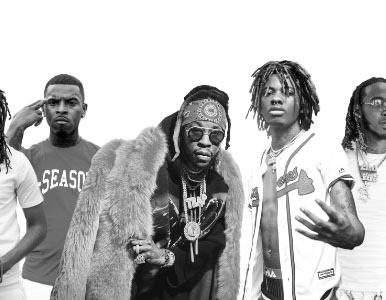 2chainz
Founded by GRAMMY® Award-winning multiplatinum rapper and Atlanta trailblazer 2 Chainz in 2019, T.R.U. (The Real University) provides a home to a rising vanguard of hip-hop talent and posits a platform for personal success as well. In partnership with Atlantic Records, the Atlanta-based label imprint includes flagship artists: Skooly, WORL, Hott LockedN, and Sleepy Rose. The whole crew makes a splash on the label’s first-ever 2019 compilation, Looking Like It Records, introduced by singles such as Sleepy Rose’s “Shoot It Out” [feat. 2 Chainz, WORL, & Hott LockedN], 2 Chainz’s “Virgil Discount” [feat. Skooly], and more. Now, the lessons of T.R.U. will ultimately ring out through the culture for a long time to come. 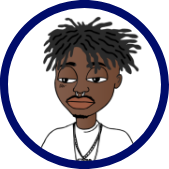 Roses bloom under the influence of the environment.

A tough and turbulent upbringing in the Atlanta neighborhood of Godby Road-Old National College Park molded Sleepy Rose and encouraged him to blossom into a formidable MC who translates his struggles into stories. Locked up for two years, he started rapping by tapping out a beat anywhere—from on his chest to the doors and walls of the jail. Upon his release, he turned heads with his first YouTube upload “Gangsta.” Following the death of his sister whom the family referred to as Rose, he tattooed a rose on his face in tribute and also as a reminder “We rose up out of the gutter. A rose keeps going high too.”

He sharpened a signature sound punctuated by local lingo on “Where You From,” “Striking,” and “Mhmm.” Growing up on the same block as Hott LockedN, 2 Chainz flew both MCs to Los Angeles for an explosive session and signed them both to T.R.U. (The Real University) in 2019.

He makes his proper debut on the compilation Looking Like It Records with the single “Shoot It Out” [feat. 2 Chainz, WORL, & Hott LockedN].

“I can go deep in any song,” he says. “I’ve got melody and singing, but I also love to rap. I just want to represent a storyline with these flows. Everybody might get something different out of them.”

“Our A&R showed me Sleepy Rose,” recalls 2 Chainz. “I was seeing the visuals and hearing the music. I noticed he had the look, but he really had the music. He came from nothing, and I knew he could make an impact.” 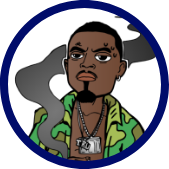 It goes above and beyond music. WORL aims to lift up his community and the world at large.

Hailing from the 4 Seasons Neighborhood in Southeast Atlanta, he casually picked up a microphone during his formative years as a hobby. After the shooting of a friend, he started to take his craft seriously, drumming up buzz with his very first single “Feelings” before eventually unleashing a powerful body of work entitled Went Broke From Buying Dreams. Truly kicking it old school, he actually dropped the latter as a physical mixtape—and listeners lined up through the projects to purchase a copy from his apartment.

Simultaneously, he used his budding platform to give back at every chance possible. Launching an initiative he dubbed “No Child Left Behind,” he hosted holiday events during Easter and Halloween for at-risk and abandoned youth, going on to claim, “I was left behind, so I don’t want to leave kids in my community behind.”

Captivated by his impressive rhymes and activism, 2 Chainz signed him to T.R.U. (The Real University) in 2019.

Now, WORL’s voice carries through the first single from Looking Like It Records entitled  “Shoot It Out” [feat. 2 Chainz, WORL, & Hott LockedN].

“If we can get our music across to just one person, they will hopefully feel it in their hearts,” he remarks. “I’m really believing in myself and the people around me. You can hear the pain in my music. It’s real. I’d love it if audiences just want to hear more.”

“WORL is from the projects,” continues 2 Chainz. “Coming from a neighborhood like that, you’d expect a lot of negative imagery, but I like what he does. He’s humble. He doesn’t look like a lot of the guys around. He’s got a story to tell. I met him through one of my homeboys who showed me an interview with WORL. I liked what he was talking about. When he came to my studio, he came by himself. I thought he would pull up with forty people, but he didn’t need anybody. On the first night we met, we recorded together. It’s exciting.” 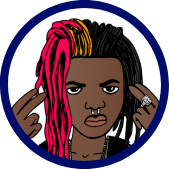 The closer you get to the flame, the brighter your fire burns.

Coming back from the brink, Hott LockedN raps like his life depends on it. This urgency defines his own signature style of “slide music,” pairing bold bars and hypnotic hooks. Born and raised in the Southside Atlanta neighborhood of College Park, Hott picked up a microphone in 2017. However, the streets called to him, and various trouble followed. In late 2018, he sustained a gunshot wound in the neck, required a defibrillator twice, and spent thirty days in the hospital. During that time, he constantly listened to Lil Baby and wrote raps with a pen and pad of paper as he regained control of his voice throughout the ensuing four weeks down. Returning home, he dropped the Locked’N Da Streetz mixtape ignited by the fan favorite single “Buddy Dem.”

One phone call changed his life. T.R.U. A&R advised him to get on a plane with Sleepy Rose. The next day, he found himself in Los Angeles and recorded thirteen songs with 2 Chainz and signed to T.R.U. (The Real University). His “slide” style goes worldwide on the first single from Looking Like It Records, Sleepy Rose’s “Shoot It Out” [feat. 2 Chainz, WORL, & Hott LockedN].

“Coming from College Park, people don’t believe you have a future,” he says. “However, I make it happen. I want to show everybody it’s possible for you to do whatever you believe in. The more you believe, the higher you’re going to get.”

“I made Hott fly to L.A. with no friends and no guns,” states 2 Chainz. “I told him to just come around be young. In three days, we did thirteen records in that time. If I don’t do anything else in my career, I’ve got to give back to the Southside. I grew up with Hott’s daddy and uncle. This kid got shot and came back. He has a story to tell. We’re bring that energy in a way where he can make some money and build a life. He deserves it.” 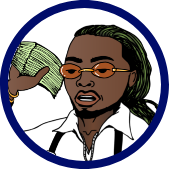 The underground changes the mainstream.

Moving just under the radar, Skooly asserts himself as the best kept secret in Atlanta. Inspired by the likes of Kool & The Gang and Marvin Gaye, he developed a slick signature sound, switching seamlessly back and forth between laidback verses and sizzling singing. Honing this style, the Westside native co-founded local sensation Rich Kidz at just 14-years-old, going on to drop the seminal Straight Like That 1 & 2 [2011] and Everybody Eat Bread [2012] in addition to collaborating with everyone from Ludacris to Young Thug back in high school. Skooly also famously recorded iconic tags for both Metro Boomin (“Metro Boomin want some more”) and London On Da Track (“We got London On Da Track”), introducing his voice on billions of plays. He stepped out on his own with 2015’s Blacc John Gotti before maintaining a prolific pace on the Don’t You Ever Forget Me mixtape series—in its third iteration as of 2018.

Signed to T.R.U. (The Real University) in 2019, he makes his proper debut and joins 2 Chainz for the Looking Like It Records single “Virgil Discount.”

“I’m here for everything, but not for the bullshit,” Skooly exclaims. “I was brought up in a place where there’s nothing but the streets and music. 2 Chainz is a great mentor for me. Big bro went through the same struggle. Now, we’re rare. I don’t want to say we’re unicorns; we’re a little more rare than unicorns,” he smiles.

The secret is officially out. Skooly season has begun…

“I know Skooly is a superstar,” says 2 Chainz. “I’ve been watching him since he was about 14 in Atlanta. As a little kid, he had a Lil Wayne vibe. I’m staying down with him. He’s 25-years-old, and he’s nowhere near his peak. He really knows where to sing and where to put the bars down.”